It is reported that the scope of this tender is the 72 core DA double armor type submarine cable, a total length of 25 km. In addition the tender also includes 40 kilometers of common cable line construction from Haikou to Xuwen through the Qiongzhou strait. 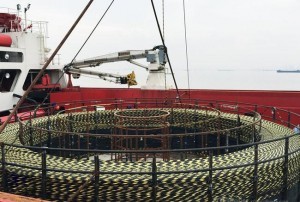