The Father of Optical Fiber (3)：YOFC “Legend of Takeoff”: From European-style socket to world record

Wuhan Optics Valley, in the wire drawing workshop of YOFC Co., Ltd., the world’s largest preform with a diameter of 20 cm and a length of 3 meters—a transparent quartz round rod with a material ratio that is roasted at a high temperature of over 2000 ℃ , Emitting a dazzling light. After the drawing tower, the optical fiber with the thickness of a hair jumps out lightly, and a light rod can pull out the optical fiber for 7,500 kilometers. 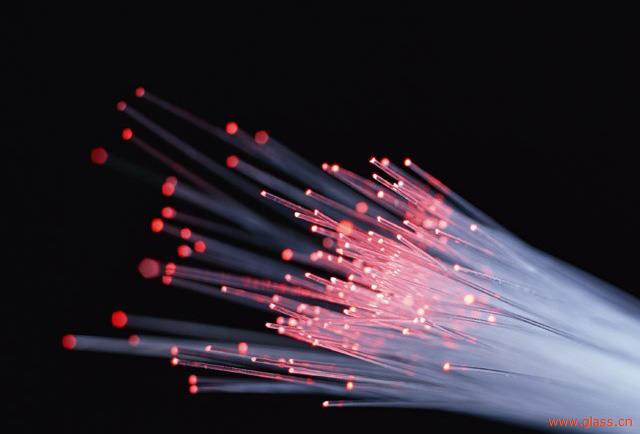 In 2015, the length of the optical fiber and optical cable “flying” from such a drawing tower can be more than 3,000 times around the earth. For the first time, the sales of optical fiber surpassed the United States, and the output of preforms both lead the world. In 2016, YOFC still maintained its leading edge. The world’s optical fiber and cable industry pattern, which was once dominated by the United States and followed closely by Japan and Europe, must add the name of China since then.

YOFC’s factory building, the building plan is in the shape of a wind leaf, and the impression of the Dutch architecture in the country of windmills remains. Many offices in the factory have roughened walls, and the patch panel jacks on the walls are still European-style double-cylinder systems.

“Charging now requires a power converter.” Talking about the company’s development, Yan Changkun, the vice president of YOFC for more than 20 years, pointed to the foreign imprints of this leading optical fiber joint venture in China and opened the chatterbox.

In the 1980s, at the beginning of reform and opening up, various infrastructure constructions had just started, especially the development of the communications industry. Due to the weak industrial foundation, domestic optical fiber is still in the research and development stage, it is difficult to achieve large-scale production, and it is far from meeting the needs of large-scale trunk line construction. Even the lifeline of the national defense trunk line is still mainly copper wire, and the solution to signal attenuation can only be achieved by adding a signal amplifier after part of the mileage. “That’s why the communication mileage is basically based on shouting,” recalled Yan Changkun, who was still working in the military’s communications department at the time.

Changing the backwardness of the communications industry and developing optical communications can only rely on introduction. After several rounds of negotiations, Corning in the United States, Japan Telecom, and some European fiber optic manufacturers all said: Buy our products, it’s okay; engage in the industry with you Chinese, don’t talk. Only Philips of the Netherlands is willing to do part of the technology transfer.

In May 1988, YOFC was established as a joint venture by the Ministry of Posts and Telecommunications, Wuhan City, and Philips of the Netherlands. At that time, Yan Changkun took off his military uniform and changed his career, becoming a “business engineer” of YOFC-that is, a salesperson who understands technology. “All provinces start with the most basic knowledge about fiber optics.”

Everything starts from scratch.

“For us personally, doubling wages is pretty good.” Yan Changkun said. For companies, because they don’t have their own technology, they have paid a huge price. From the selection in 1984 to the start of the company, the entire negotiation process lasted 4 years.

“At that time, everything from core equipment to screws and accessories needed to be imported.” Yan Changkun clearly remembered that when purchasing accessories, the other party clearly informed that the accessories were purchased with a 25% profit. “But there is no way. Buy his, because there is no other choice.”

The backward equipment manufacturing level leaves little room for maneuver in the “negotiation”. Imported equipment accounts for more than 60% of the total investment. Compared with overseas giants, the product has almost no cost and technical competitiveness. In 2000, YOFC, which was not strong at the time, made up its mind and began to develop equipment independently.

“5% of annual sales are used for research and development, and it must be spent. R&D expenditure has a lower limit, no upper limit!” said Wang Ruichun, general manager of YOFC R&D Center.

In 2016, through nearly 3 years of hard work, YOFC gnawed another hard bone and overcome the technical difficulties of UV curing, an important process in the preform drawing project, and greatly reduced energy consumption. With 70 million kilometers of optical fiber produced a year, the service life of the new UV curing equipment is four times that of imported equipment, but the cost is only half of that of imported equipment.

The development of new production equipment, the integration of information, and the transformation of automated production lines have greatly improved production efficiency. The drawing speed of the drawing tower has also jumped from the original 2000 m/min to 3000 m/min. This is the current world optical fiber drawing The maximum speed.

Yan Changkun said that with the same equipment, YOFC can produce 50% more output, which “can reduce the cost by 10%.”

Today, in the highly automated production workshop, YOFC is cooperating with Liaoning Xinsong Robot Company and others to further optimize and upgrade the automated production process. “This is a pilot project of China’s ‘wisdom’ manufacturing in our company,” said Zhuang Dan, president of YOFC.

Across the country, YOFC’s Lanzhou optical cable production base radiates to Central Asia, and Shenyang Yangguang cable production base radiates to Northeast Asia. Going abroad, YOFC has also added production facilities in Myanmar, Indonesia, and South Africa, in line with the country’s “One Belt, One Road” strategic layout. Just like our own development in the past, we started with strengthening communications infrastructure.

Zhuang Dan introduced that during the “13th Five-Year Plan” period, YOFC will continue to set up new factories or projects overseas and continue to improve its international layout.