“Legend of Chinese Optical Fiber”: Electricity plus a flask, caused by the kitchen laboratory pulling out seven Chinese optical fibers

In March 1976, at Nanwang Mountain in Wuhan, the earth already exhaled the breath of spring. 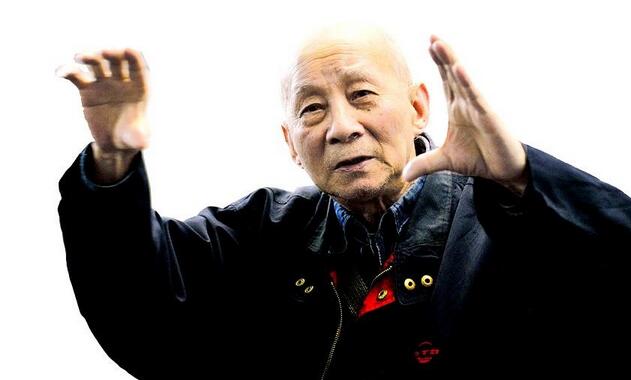 In a laboratory transformed from a cleaning room of the Wuhan Research Institute of Posts and Telecommunications, a 17-meter-long glass filament, the leading quartz optical fiber in China, flows slowly through Zhao Zisen’s hands. Detecting instrument detection: The optical fiber has a short wavelength of 0.85 mm, calculated according to the light attenuation unit, and the attenuation is 300 decibels per kilometer, which is up to standard.

Few people realize that this is the beginning of a legend, including Zhao Zisen, an academician of the Chinese Academy of Engineering, who was later known as the “Father of Chinese Optical Fiber”.

Nowadays, even laymen in the communications industry know about optical fiber. What kind of substance is an optical fiber? “It is quartz. To put it bluntly, it is the same substance as glass,” said Zhao Zisen, who is 84 years old but still energetic.

Zhao Zisen didn’t focus on fiber optic communications from the beginning. In the early 1970s, the national scientific research project “Laser Atmospheric Transmission Communication” undertaken by Zhao Zisen as the technical leader was successful. The leader is very happy, but Zhao Zisen is not happy. “When it rains and snows, the atmospheric transmission and communication will be’resting the food’, not’all-weather’.”

In May 1973, Zhao Zisen participated in the National Post and Telecommunications Scientific Research Planning Conference. At the meeting, he visited Professor Qian Weichang of Tsinghua University who had just returned from a visit to the United States with a Chinese delegation of scientists. He learned that the US has made breakthroughs in optical fiber communications research. The attenuation has dropped below 4 decibels per kilometer.

Zhao Zisen realized that time does not wait. In August 1974, he wrote the “Report on the Development of Optical Fibers” and successively made detailed reports to the Ministry of Posts and Telecommunications and the Science and Technology Office of the State Council.

The “glass filament” that is now accustomed to it sounds like a fantasy in that era. How can glass filament communicate? Zhao Zisen recalled that at that time, a leader said to him at a meeting of dozens of people: “Zhao Zisen, don’t mess around. It costs tens of millions. Are you responsible?”

As soon as the project was initiated, there was strong opposition, including from important departments such as the Ministry of Posts and Telecommunications, Wuhan Academy of Posts, and Beijing Academy of Posts. Fortunately, with the support of individual leaders who understand science and technology, optical fiber communication has been launched. In 1974, the Science and Technology Office of the State Council agreed to list the optical fiber project as a national project.

The project is established, but it is a “dispensable small project”. At the beginning, Zhao Zisen received very little money and had a research and development team of several people. The hospital assigned Zhao Zisen a small cleaning room. The room that hadn’t had time to clear was at the corner of the stairs, next to the toilet, and against the wall was a drain with seven or eight taps. On the table in the middle of the room, some bottles and jars were scattered.

There is no melting lathe or wire drawing machine, what should I do? If you can’t find foreign countries, the native law will be implemented and imitated according to foreign scientific and technological documents. A few electric furnaces, a few flasks, and an old lathe were the core equipment for optical fiber drawing at that time.

To pull out the optical fiber, you must first smelt a qualified quartz glass rod. This is a dangerous experiment, and a little carelessness can cause an explosion. In an experiment, the gas pipeline suddenly leaked, silicon tetrachloride rushed out, and it immediately turned into highly toxic chlorine and hydrochloric acid in contact with the air, rushing directly into Zhao Zisen’s eyes and mouth, and he suddenly fainted to the ground. Fortunately, a colleague was sent to the doctor in time, otherwise the consequences would be disastrous. “To engage in scientific research, we must dare to risk our lives.” Recalling the scene at the time, Zhao Zisen said calmly.

A scientific research project is also inextricably linked to the overall strength of a country. Take the melting lathe for optical fiber preforms as an example. The core components are exposed to high-acid substances, which cannot solve the corrosion problem and cannot guarantee accuracy. “There was no stainless steel in China at the time, and I, Zhao Zisen, could not go to steelmaking. This is a problem of China’s industrial foundation.” Talking about the difficulties at that time, the old academician was very emotional.

In 1979, Zhao Zisen’s team finally produced an optical fiber with a practical value of China’s leading roots and a loss of only 4 decibels per kilometer.

In 1980, the global “father of optical fiber”, Chinese scientist Gao Kun visited the Wuhan Academy of Posts and Telecommunications, and saw China’s optical fiber communication technology for the first time. Gao Kun said “surprise” at the time, and it was Zhao Zisen who introduced him to him on the spot.