The network share Optical fiber , Optical module Optical interface and common knowledge, and they hope to help everyone. 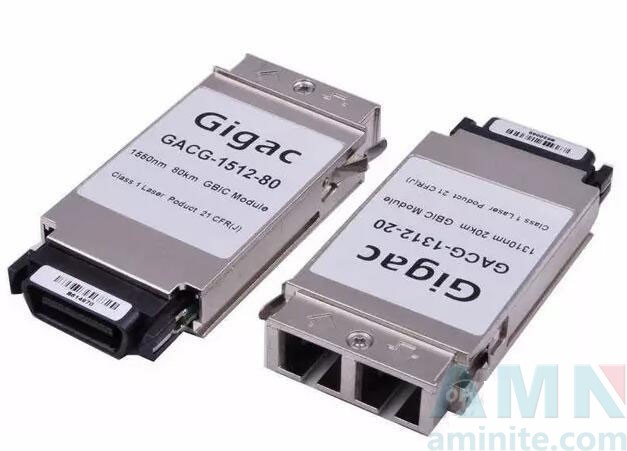 The full name of English:

FC connector with screw locking mechanism was invented earlier, using an optical fiber connector is the most.

SC is a rectangular joint, by NTT The development, no thread connection can be directly plugged, compared with the FC connector has a small operating space, easy to use. The low-end Ethernet products are very common.

LC is a SC connector for Mini type LUCENT which has a smaller volume, has been widely used in the system, is a direction of the future development of optical fiber connector. The low-end Ethernet products are very common.

The ST connector is developed by AT&#38;T company, with a bayonet locking mechanism, main parameters and FC and SC connectors, but are not common in company application, usually by connecting in a multimode device, and use more equipment from other manufacturers docking.

The KTRJ pin is plastic, through needle positioning, with the increase of the number of plug, the mating surface wear will occur as the long-term stability of ceramic ferrule connector.

In multimode fiber optical transmission has a plurality of patterns, due to dispersion or aberration, the transmission performance of the optical fiber is poor, narrow band, transmission rate is smaller, shorter distance.

The characteristic parameters of optical fiber

The structure of the optical fiber prefabricated quartz fiber rod drawn, communication with the multimode fiber and single-mode fiber diameter is 125 M.

Interface optical fiber specifications is described as: 62.5 m/125 m 62.5 m multimode fiber, which means that the fiber core diameter, 125 m refers to the outer diameter of the optical fiber.

The use of multimode fiber optical wavelength is 850 nm.

First, both ends are set to auto negotiation mode

The two sides send each other /C/ stream, if received 3 consecutive identical /C/ code and the received stream and the end of the work to match the way, return to each other with a Ack response to /C/ code, receives the Ack information, that they can communicate, set the port to the UP state

Three, both ends are set to the mandatory mode

The two sides send each other end to receive /I/ stream into /I/ stream, that the end is matched with their own ports, set the port to the UP state directly

Optical fiber How does it work?

Optical fiber coated by plastic protective layer as thin as hair Glass Wire. Glass fiber essentially consists of two parts: the core diameter of 9 to 62.5 m, with a diameter of low refractive index glass materials 125 M. Although according to the materials used and different sizes and some other kinds of fiber, but here is that several of the most common. The light in the core part of the optical fiber to the total internal reflection mode of transmission, also refers to the light into one end of the optical fiber, the core layer and the interface between the cladding and bounces back and forth, transmitted to the other end of the fiber. The core diameter is 62.5 m, the cladding diameter fiber 125 m called 62.5/125 m light.

The difference between multimode and single mode fiber?

Single mode fiber size is 9-10/125 m, and compared with the characteristics of multimode fiber with unlimited bandwidth and lower loss. The machine is used for long distance single-mode optical transmission, sometimes can reach 150 to 200 kilometers. Using LD or narrow spectral line LED as light source.

Use optical cable When the transmission loss?

It depends on the transmission of light wavelength And the type of fiber.

The wavelength of 850nm for multimode fiber: 3 dB / km

What is the GBIC? 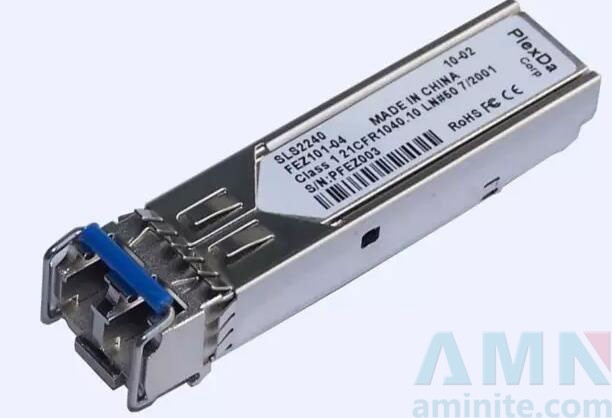 What is the SFP ?

SFP is the abbreviation of PLUGGABLE SMALL FORM, can be simply understood as an upgraded version of GBIC. Less than half of the volume SFP module GBIC module, can be in the same panel configuration more than double the number of ports. Other basic function modules of SFP and GBIC. Some switch vendors called SFP module for small GBIC (MINI-GBIC).

The future Optical module Must support hot swappable, i.e. without cutting off the power supply modules that can be connected or disconnected to the equipment, the optical module is hot pluggable, network Management personnel without shutting down the network can upgrade and expansion of the system, what impact on online users will not. Hot swappable also simplifies the overall maintenance work, and enables the end users to better manage their transceiver module. At the same time, due to the heat exchange performance, this module can help network administrators to upgrade network according to the requirements, the overall planning of transmission cost, link distance and all network topology, without the need to replace all the system board. The light module supports hot plug there are GBIC and SFP, because the SFP and SFF appearance of similar size, it can be directly inserted on the circuit board on the package is saved in time and space, and the application is very wide, therefore, it is worth looking forward to the future development, there may even threaten the SFF market.

What is the SFF?

SFF (Small Form Factor) small package Optical moduleUsing the advanced precision optics and integrated circuit process, only the size of common duplex SC (1X9) type Optical fiber Half of the optical transceiver module, the number of ports in the same space can be doubled, can increase the line port density, reduce the system cost per port. The SFF module uses a small package with copper wire network Allied KT The -RJ interface, and the size of the common computer network wire interface same to the existing network equipment with copper based transition to optical fiber network of higher rate to meet the rapid growth of network bandwidth demand. 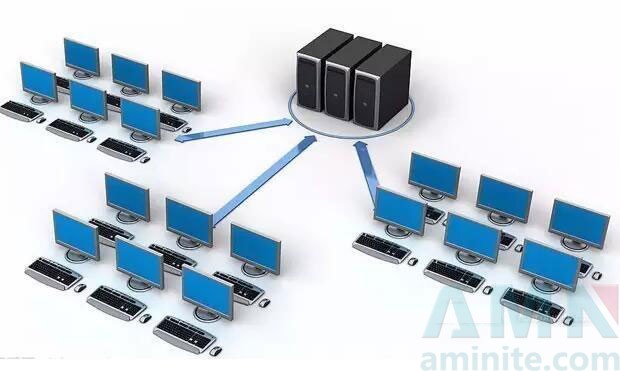 The RJ-45 interface is Ethernet The most common interface, RJ-45 is a common name, refers to the IEC (60) 603-7 standard, using 8 position defined by the international standard connector (8 pin) modular jack or plug.

RS-232-C interface (also known as EIA RS-232-C) is the most commonly used as a serial communication interface. It is in 1970 by the American Electronics Association (EIA) combined with Baer system, modem manufacturer and computer terminal manufacturers jointly developed for serial communication standards. Its full name is&#34; data Terminal equipment (DTE) and data Communication equipment (DCE) between the serial binary data interchange interface technology standard&#34;. The standard DB25 connector requires the use of a 25 foot, the signal content for each of the pin connector to be provided, but also a variety of signal regulated level. 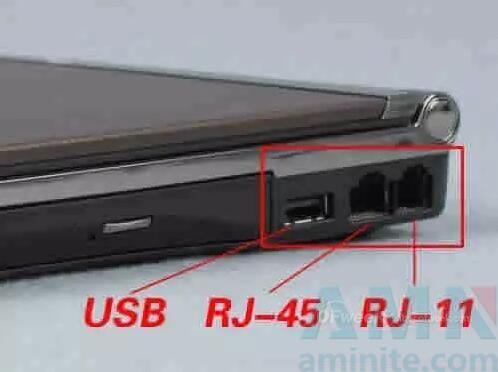 The RJ-11 interface is what we usually call the telephone line interface. RJ-11 is used for the Western Electric Company (Western Electric) common name development connector. The shape is a connecting device definition 6 pin. Formerly known as WExW, where x said &#34;active&#34;, or contact wire needle. For example, WE6W has all the 6 contacts, numbered 1 to 6, WE4W interface using only 4 needles, two contacts on the outside (1 and 6) without WE2W, only use the middle two pin (i.e. telephone line interface).

With the rapid growth of Internet IP data service, due to the increasing demand for bandwidth of transmission line. Although D WDM (DWDM) as a method of solving the circuit bandwidth expansion the most effective technology, but CWDM (CWDM) technology than DWDM has advantages in cost, maintainability etc..

CWDM and DWDM both belong to the WDM technology, can be different wavelength The light is coupled to the single core fiber to transmit.

Most of the new standard CWDM ITU G.695 1611nm, provided that the interval between the 18 wavelength channels from 1271nm to 20nm, considering the ordinary G.652 water peak fiber, generally using 16 channels. Because the large channel spacing so close to wave devices and lasers are cheaper than DWDM devices.

DWDM channel spacing is 0.4nm, according to 0.8nm, 1.6nm different interval, interval is smaller, the need for additional wavelength control devices based on DWDM technology, so the equipment compared with the high price of the device based on CWDM technology.

PIN Photoelectricity The diode is between P type and doping concentration in high N type semiconductor, a layer of lightly doped N materials, called I (Intrinsic, intrinsic layer). Because it is lightly doped, the electron concentration is very low, through diffusion form a wide depletion layer, which can improve the response speed and efficiency.

APD avalanche photodiode, it not only has the light / electricity conversion function, but also has internal amplification, the amplification effect is on the inside of the pipe to complete the avalanche multiplication effect. APD is a photodiode with gain, in the optical receiver sensitivity Required, using APD to extend the transmission distance of the system.

A Lot Of MPO/MTP Connector Supply